Did you have a good experience with us?

I went to Murduffs to make an engagement ring (for my now wife)! Kurt helped me to custom design the ring and answered all of my questions so the ring was made exactly how I wanted it. Once I gave it to her, it needed to be resized, which he generously did for free. The experience was so good that we purchased both of our wedding bands at Murduffs as well- both of which were custom designed with engravings. Everyone at Murduffs was so easy to work with and excited to see us when we walked in the door. They remembered our rings and asked about our wedding every time we came in!

Kurt helped me with a design to put all my diamonds from my wedding rings into one ring. The new ring is stunning and I couldn’t be happier. I was actually speechless when I saw it for the first time. The price estimate never changed and the ring was ready ahead of schedule.

I brought in my favorite sterling cuff bracelet that I had worn so much, I about snapped it in half. The staff at Murduffs wasn’t sure they could fix my carelessness. The bracelet was rolled silver and very free-form in design. They said they’d try, but we’re clear that it just may not happen. When I got their voicemail, they were really excited about the work they had done. They weren’t kidding: the work was incredible. In fact I couldn’t figure out where any of the five cracks that I had created were. I teared up in the store because the bracelet and their efforts meant so much to me. How refreshing to have a local store with people who care about their work and take pride in pleasing their customers. Thank you Murduffs!

Second purchase from Kurt at Murduff’s .. once again , exactly what I asked for . I know someone that will be very happy on mother’s day ! Top notch ! You won’t be disappointed!

Kurt did a amazing job creating a masterpiece ! My now bride to be LOVES the ring ! I recommend Murduffs!

Alex helped me design and create a perfect solution for the gem that my mother left me. I love it! In fact, everyone at Murduffs has been wonderful to work with...they are pleasant, informative, professional and very helpful!

The best in everything!
I have been shopping there for years.
I have bought jewelry, gifts, watches.
They made wonderful pieces as well. This last time, Paul took a piece of my late mother’s jewelry and fashioned 2 beautiful pieces for me.
I am absolutely pleased to be able to wear my mother’s revamped jewelry!

Wonderful friendly staff! I recently brought in my late father's signet ring to have one custom made with my own initials and I was very specific with what I wanted. I was pleased beyond words with the work done by Alex. The new ring is better than I thought and so comfortable. His workmanship will never disappoint he is truly outstanding at what he does.

They send out beautiful Christmas ornaments every year to their good customers. I have bought all my jewelry here since 2009. They helped me select a one carat diamond 💎 for my wife's engagement 💍ring. Kurt placed it in a round bezel surrounded by smaller diamonds. It's perfect. We also bought our platinum wedding bands here as well. Mine is the only piece of jewelry I wear. I have purchased pearls, diamonds, and lots of platinum and have never been disappointed. Their customer service is outstanding they make you feel like one of the family.

Updated Review 2/27/21: I wrote my original, two star review (see below) a few weeks ago. Since then, Murduff's reached out to me and not only sent me a check for a full refund for the sapphire replacement work on my ring, but also did the additional work for free! I was so impressed and touched by their customer service! In an age where people are not very accepting of any criticism, Kurt not only apologized but went above and beyond to make the situation right. I've updated my comments and stars to reflect the excellent customer service and professionalism that they displayed with the situation. Thank you Murduff's! Original Review: This review is based on three separate experiences. I really try to support local business when I can and I wish I could say that I recommend coming here, but we were disappointed three times. The first experience- I had a platinum wedding ring with a diamond in it and a white gold wedding band wrap that had a sapphire and small diamond on each side of the large diamond. We didn’t have a lot of money when we got married, which was why the band was white gold. The rings were never fused together because I intended to have the wrap remade out of platinum in the future. Fast forward 15 years...One day, I looked down and noticed a diamond had fallen out of the band. I took it to Murduff’s to have them replace the missing diamond AND remake the wrap in platinum. When it was done, I picked it up and brought it home. Less than two hours later, the ring broke. I was devastated! I had just paid quite a bit of money and barely had the ring on, so I was understandably upset. I rushed it back and Kurt was very nice and fixed it. He explained that air bubbles could sometimes cause that to happen and he fixed it free of charge. I was upset about what happened and about having to drop it off twice, but very happy that the situation was resolved. Second experience- My husband had been given an old (but expensive) watch by his father. He needed it to be fixed AND cleaned, so I recommended that he got to Murduff’s. He dropped it off and when it was ready, went to pick it up. They had fixed the watch, but didn’t clean it. He had to leave it there again for them to finish the job. Again, they resolved the issue, but didn’t complete the job the first time. Third experience- One day, I snagged my ring on something and this time a sapphire had fallen out and a piece of fabric was wedged in the ring. I took it to Murduff’s again to replace the sapphire and get the fabric out. I once again spoke to Kurt and we talked about what needed to be done. I also asked him if he could solder a little under the wrap because it kept getting snagged on things. He said he would solder it when he replaced the sapphire and removed the fabric that was stuck in it. I was a little nervous when I saw that he didn’t write the part about soldering it on the order, but because we had discussed it face-to-face, I trusted he would follow through. When it was ready, I sent my husband to pick it up. When he got home, I saw that the sapphire had been replaced, but the fabric was still wedged in the ring AND no soldering had been done (also, the ring had not been cleaned which technically was not on the order, but I thought they would have at least cleaned it up a bit). I had to use a magnifying glass and a pin and toothbrush to get the fabric out. I was very disappointed! I’m still worried about it getting snagged again because no soldering had been done. Long story short, this isn’t a personal attack on anyone and I’m very saddened to have to write a negative review, but I think people should know. The customer service was good and Kurt was very nice, but I feel like the bare minimum was done each time. I don’t understand why each of the three jobs weren’t done right the first time. Even though the first two experiences were resolved, it makes me question the quality of work we’ve had done when we have to go back a second time each time. I will probably take my ring elsewhere to have the job completed.

Would highly recommend! I love, love, love my engagement ring. We just looked at our wedding bands and re-sized my ring. Kurt is very knowledgable, professional and personable. You can tell he truly cares for his customers. So glad my fiancé found them!

I came in a little while ago for a watch repair and to browse rings, and received helpful service. I also work as a jeweler, but I am female and young looking so I wanted to scope the place out for potential job opportunities. I got a bit of an eye roll and attitude from the gentleman assisting me when asking too many questions so I won’t return. But again, convenient location and good service if you are looking for a basic purchase or repair.

Kurt made a custom ring out of some family pieces we had, he went above and beyond to make my dream ring. Incredible craftsmanship, collaboration and talent. Even though I live in San Francisco now, I will always use Murduffs' as my jeweler, they are the best there is. 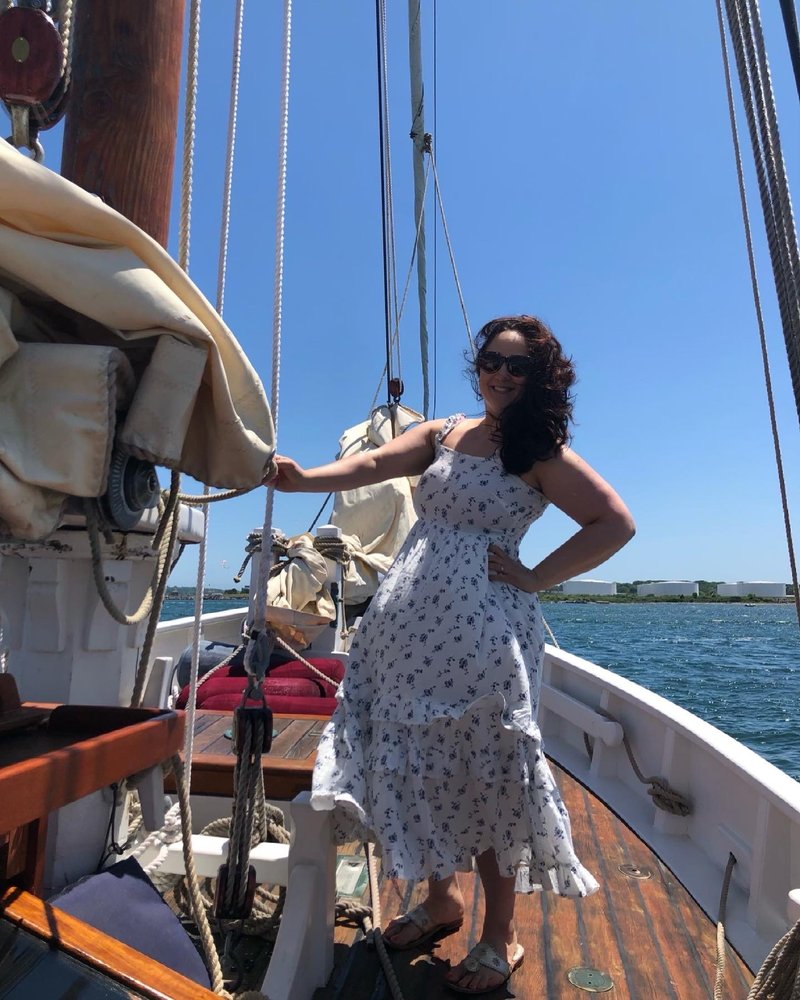 We had an absolutely fantastic experience at Murduff's!!! We walked in with some high level ideas of the type of piece we were looking for but wanted to...READ MORE

Multiple problems, sloppy hurried repair jobs. Had to get things fixed at another jewelry store.READ MORE

Wonderful jewelry store, very accommodating. Other jewelers told me my ring couldn't be fixed. I was assured it could be done and am getting it back this...READ MORE

They did an amazing job on my rings highly recommend!!

Recently used this business for my watch repair and i found the staff very helpful, especially Kurt Brazeau. He was able to procure the necessary part, which proved to be somewhat difficult to obtain. Yet he persisted, and kept in contact with me throughout the whole process, and was professional about it despite the extra time it took. I am happy with their service and would use them again.